“The thing about a story is that you dream it as you tell it, hoping that others might then dream along with you, and in this way memory and imagination and language combine to make spirits in the head, there is the illusion of aliveness.” “Have you ever thought, not only about the airplane but whatever man builds, that all of man’s industrial efforts, all his computations and calculations, all the nights spent over working draughts and blueprints, invariably culminate in the production of a thing whose sole and hiding principle is the ultimate principle of simplicity?” “It was echoed from Salève, the Juras, and the Alps of Savoy; vivid flashes of lightning dazzled my eyes, illuminating the lake, making it appear like a vast sheet of fire; then for an instant every thing seemed of a pitchy darkness, until the eye recovered itself from the preceding flash.” “As Gregor Samsa awoke one morning from uneasy dreams he found himself transformed in his bed into a monstrous vermin.” “For some, autumn comes early, stays late through life where October follows September and November touches October and then instead of December and Christ’s birth, there is no Bethlehem star, no rejoicing, but September comes again and old October and so on down the years, with no winter, spring, or revivifying summer.”
– Ray Bradbury, Something Wicked This Way Comes (Bryanna Rivas)

“A State also of Equality, wherein all the Power and Jurisdiction is reciprocal, no one having more than another: there being nothing more evident, than that Creatures of the same species and rank promiscuously born to all the same advantages of Nature, and the use of the same faculties, should also be equal one amongst another without Subordination or Subjection, unless the Lord and Master of them all, should by any manifest Declaration of his Will set one above another, and confer on him by an evident and clear appointment an undoubted Right to Dominion and Sovereignty.” “Whereas, most Christian and very noble and very excellent and very powerful princes, king and queen of the Spains and the islands of the sea, our Lords: this present year of 1492, after your highness had brought to an end the war with the Moors who ruled in Europe and had concluded the war with the Moors who ruled in Europe and had concluded the war in the very great city of Granada, where this present year on the second day of the month of January I saw the royal standards of Your Highness placed by force of arms on the towers of the Alhambra, which is the fortress of the said city; and I saw the Moorish king come out to the gates of the city and kiss the royal hands of your highness and of the prince my lord; and later in that same month, because of the report that I had given to your highness about the lands of India and about a prince who is called “Grand Khan,” which means in our Spanish language “King of Kings”; how, many times, and his predecessors had sent to Rome to ask for men learned in our Holy faith in order that they might instruct him in it and how the Holy Father had never provided them; and thus so many people were lost, falling into idolatry and accepting false and harmful religions; and Your Highness, as Catholic Christians and Princes, lovers and promoters of the Holy Christian Faith, and enemies of the false doctrine of Mahomet and of all idolatries and heresies, you thought of sending me, Christóbal Colón, to the said regions of India to see the said princes and the peoples and the lands, and the characteristics of the lands and of everything, and to see how their conversion to our Holy Faith might be undertaken.” “She’s too young, it’s too late, we come apart, my arms are held, and the edges go dark and nothing is left but a little window, a very little window, like the wrong end of a telescope, like the window on a Christmas card, an old one, night and ice outside, and within a candle, a shining tree, a family, I can hear the bells even, sleigh bells, from the radio, old music, but through this window I can see, small but very clear, I can see her, going away from me, through the trees which are already turning, red and yellow, holding out her arms to me, being carried away.” “From the very beginning— from the first moment, I may almost say— of my acquaintance with you, your manners, impressing me with the fullest belief of your arrogance, your conceit, and your selfish disdain of the feelings of others, were such as to form the groundwork of disapprobation on which succeeding events have built so immovable a dislike; and I had not known you a month before I felt that you were the last man in the world whom I could ever be prevailed on to marry.”
– Jane Austen, Pride and Prejudice (Kate Morris) “That’s my Middle West . . . the street lamps and sleigh bells in the frosty dark. . . . I see now that this has been a story of the West, after all—Tom and Gatsby, Daisy and Jordan and I, were all Westerners, and perhaps we possessed some deficiency in common which made us subtly unadaptable to Eastern life.”
– F. Scott Fitzgerald, The Great Gatsby (Marie Karam) “She was one of those people who was born for the greatness of a single love, for exaggerated hatred, for apocalyptic vengeance, and for the most sublime forms of heroism but she was unable to shape her fate to the dimensions of her amorous vocation, so it was lived out as something flat and gray trapped between her mother’s sickroom walls, wretched tenements, and the tortured confessions with which this large, opulent, hot-blooded woman made for maternity, abundance, action, and ardor was consuming herself.”
– Isabel Allende, The House of the Spirits (Jasmine Inouye) “…it wouldn’t have made one scrap of difference to me, because wherever I sat – on the deck of a ship or at a street café in Paris or Bangkok – I would be sitting under the same glass bell jar, stewing in my own sour air.”
– Sylvia Plath, The Bell Jar (Mary Humphreys) 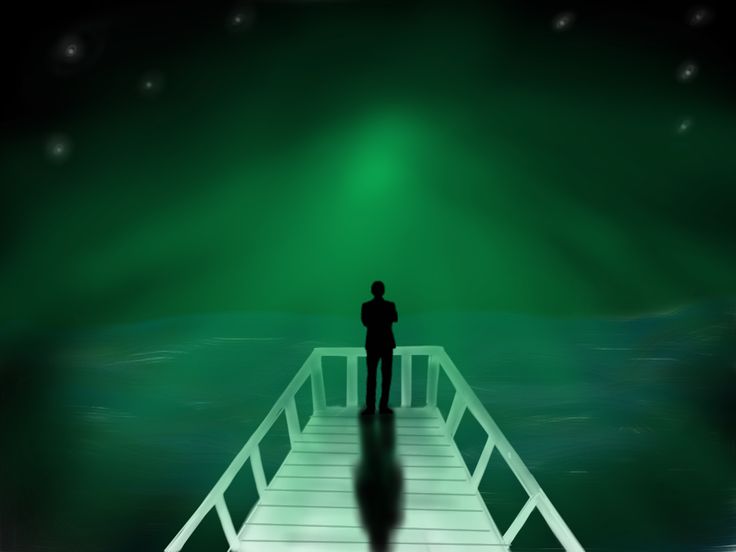 “Gatsby believed in the green light, the orgastic future that year by year recedes before us. It eluded us then, but that’s no matter—tomorrow we will run faster, stretch out our arms farther…. And then one fine morning—So we beat on, boats against the current, borne back ceaselessly into the past.”
– F. Scott Fitzgerald, The Great Gatsby (Isabella Garcia) “Not unnaturally, many elevators imbued with intelligence and precognition became terribly frustrated with the mindless business of going up and down, up and down, experimented briefly with the notion of going sideways, as a sort of existential protest, demanded participation in the decision-making process and finally took to squatting in basements sulking.”
– Douglas Adams, The Hitchhiker’s Guide to the Galaxy (Jackson Hays) “Sometimes, though, there is a ghostly rumble among the drums, an asthmatic whisper in the trombones that swings me back into the early twenties when we drank wood alcohol and every day in every way grew better and better, and there was a first abortive shortening of the skirts, and girls all looked alike in sweater dresses, and people you didn’t want to know said ‘Yes, we have no bananas’, and it seemed only a question of a few years before the older people would step aside and let the world be run by those who saw things as they were and it all seems rosy and romantic to us who were young then, because we will never feel quite so intensely about our surroundings any more.”
– F. Scott Fitzgerald, Tales from the Jazz Age (Peyton Berger) “In the loveliest town of all, where the houses were white and high and the elms trees were green and higher than the houses, where the front yards were wide and pleasant and the back yards were bushy and worth finding out about, where the streets sloped down to the stream and the stream flowed quietly under the bridge, where the lawns ended in orchards and the orchards ended in fields and the fields ended in pastures and the pastures climbed the hill and disappeared over the top toward the wonderful wide sky, in this loveliest of all towns Stuart stopped to get a drink of sarsaparilla.”
– E.B. White, Stuart Little (Harrison Etherington)

“Then the voices of the Ainur, like unto harps and lutes, and pipes and trumpets, and viols and organs, and like unto countless choirs singing with words, began to fashion the theme of Ilúvatar to a great music; and a sound arose of endless interchanging melodies woven in harmony that passed beyond hearing into the depths and into the heights, and the places of dwelling of Ilúvatar were filled to overflowing, and the music and the echo of the music went out into the Void, and it was not void.”
– J.R.R. Tolkien, The Silmarillion (Max Wetter)

“It was all very well to say ‘Drink me,’ but the wise little Alice was not going to that in a hurry. ‘No, I’ll look first,’ she said, ‘and see whether it’s marked “poison” or not’; for she had read several nice little histories about children who had got burnt, and eaten up by wild beasts and other unpleasant things, all because they would not remember the simple rules their friends had taught them: such as, that a red-hot poker will burn you if you hold it too long; and that if you cut your finger very deeply with a knife, it usually bleeds; and she had never forgotten that, if you drink much from a bottle marked ‘poison,’ it is almost certain to disagree with you, sooner or later.”
– Lewis Carroll, Alice in Wonderland (Parsa Kanani) “Considering how common illness is, how tremendous the spiritual change that it brings, how astonishing, when the lights of health go down, the undiscovered countries that are then disclosed, what wastes and deserts of the soul a slight attack of influenza brings to light, what precipices and lawns sprinkled with bright flowers a little rise of temperature reveals, what ancient and obdurate oaks are uprooted in us in the act of sickness, how we go down into the pit of death and feel the waters of annihilation close above our heads and wake thinking to find ourselves in the presence of the angels and the harpers when we have a tooth out and come to the surface in the dentist’s arm chair and confuse his ‘Rinse the mouth—rinse the mouth’ with the greeting of the Deity stooping from the floor of Heaven to welcome us—when we think of this an infinitely more, as we are so frequently forced to  think of it, it becomes strange indeed that illness has not taken its place with love, battle, and jealousy among the prime themes of literature.”
– Virginia Woolf, “On Being Ill” (Alexa Ripa) “All Rome thronged with incredible rejoicing to see the dead body of Alexander in Saint Peter’s, unable to satiate their eyes enough with seeing spent that serpent who in his boundless ambition and pestiferous perfidy, and with all his examples of horrible cruelty and monstrous sensuality and unheard-of avarice, selling without distinction sacred and profane things, had envenomed the entire world.”
– Francesco Guicciardini, The History of Italy (Paul Evans)