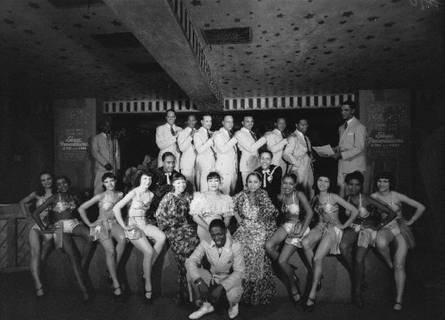 Systemic racism has been prevalent throughout America’s history as it is one of the many forms of racism that is commonly faced by many minority groups such as Latinos, Asians, African Americans and more, on a daytoday basis in their communities. It has been an issue dating back to the 1700s when British colonists went into African lands and savagely took and forced them into slavery, treating them as nothing more than property. Although slavery does not play a role in modern communities, there are many ways systemic racism and hostility toward black americans still exists. The program, Baked In: Systemic Racism Around and Within Us, hosted by the University of San Diego, sheds light on the social issue of systemic racism and explains the toll it has taken on black Americans and how they are treated in society. It details how although slavery was an issue in the past, there is still an ongoing fight to abolish the injustuces this minority group faces in their everyday lives. The program that I attended, Baked In: Systemic Racism Around Within Us- Racism In Theater, specifically expressed the racism that is faced in public settings and the lack of diversity that is found within the faculty.

The program led by Jesse Perez, a director and a Shiley Graduate Theater Program Juliard Graduate, brought awareness to the lack of ethinic pride and diversity in the performing arts community. Perez comes from a latino background and he makes it his purpose to bring an acknowledgement to the unconsciously unfair treatment of minorities. He began by explaining his journey of becoming a performer and the challenges he had to venture through in the efforts of getting into Julliard. Some of which was being unable to portray white ethnic characters as they were not the “same race”. Perez comments on this fact as he “could never get a chance to do Hamilton because “white own it”” and the biplot made by the white community indicated that those plays were only for “white american theater.” The opportunities minority groups are banned from apalls Perez and it acts as the fuel for his drive for a more diversified work space. Perez tells stories in which he was often asked to steer away from more of the white american roles and instead do more of a mexican accent during his scenes. The purpose of the program was to surface the true treatment minority groups face and the discrepancy there is between those who are of color and those who are white.

There were multiple questions posed throughout the program that were addressed, but a question that was mainly spoken about by Jesse Perez asked, “What is it that we are trying to teach?” In the context of this question, Perez raised his concerns about the lack of voice minorities are given and how many are illy represented or heard. The oppression and dismissiveness of minorities parallels chapter 4 of our book Freedom on My Mind: A History of African Americans with Documents, in the sense that white americans used hostile attitudes towards black americans. White Americans were displeased when there was a spread of African Americans in the North, they took violent actions in response with no reasoning other than the fact that in their eyes, they can live and do as they please. They were treated with disdain similar to how Perez connects this to the theatrical world choosing which roles people of color can and can’t portray. Those considered to be a minority are controlled and treated lesser than those who are of white heritage. The question Perez proposed emphasized his concern towards a more progressive outlook on the racial discrimination there is in modern day.

The main themes found within this program were the themes of discrimination, hostility, and racism. Perez spoke about the absence of equitable opportunities women were given as there were “3 admitted to acting programs for every 4 males.” Women were denied equal chances of success and this was a commonality of the 1700s when African American women were seized from their native land and forced to bear more children in order to sustain the demand for slaves. Not only was there a deficiency in egalitarian rights but, there was racism among those casted for movie productions symmetrically related to the racism found in New York and New Jersey as discussed in chapter 4 of Freedom on My Mind: A History of African Americans with Documents. The theme of racism conveyed in the program ties to the racial segregation black americans faced when trying to attend church or even just going about their lives. They were denied entry or inclusion to these “white run” places and this parallels the absenteeism of minorities in predominantly white show plays such as Hamilton or Shakespeare. Hostility was also a major theme that was present in Perez’ discussion when speaking about his experiences in auditions when directors would heavily suggest for him to steer away from any roles that were different from his enthinic background as he would not be “well equipped” to portray that role. Discrimination, hostily and racism were all shinning themes found within this program.

The themes and issues raised in this program are important and significant to the understanding of African American history as it puts into perspective how minorities were treated in the past, compared to how they are treated today. It evokes reflection and to look back on how society has progressed to become more inclusive and open-minded. Although there continues to be systemic racism throughout communities with different demographics and ethnicities, as exemplified in the narratives of Jesse Perez’s, more opportunities are given that weren’t available before. They are able to play roles that are of different ethnicities and can decide for themselves what it is they want to do with their lives. It led me to ponder solutions to this issue in addition to how I can become a more active member in the fight for awareness of systemic racism. Overall, this program tied together many aspects from our readings in class and the themes embedded within Perez’s presentation and stories further informed me and opened my eyes to the issues faced by minorities.