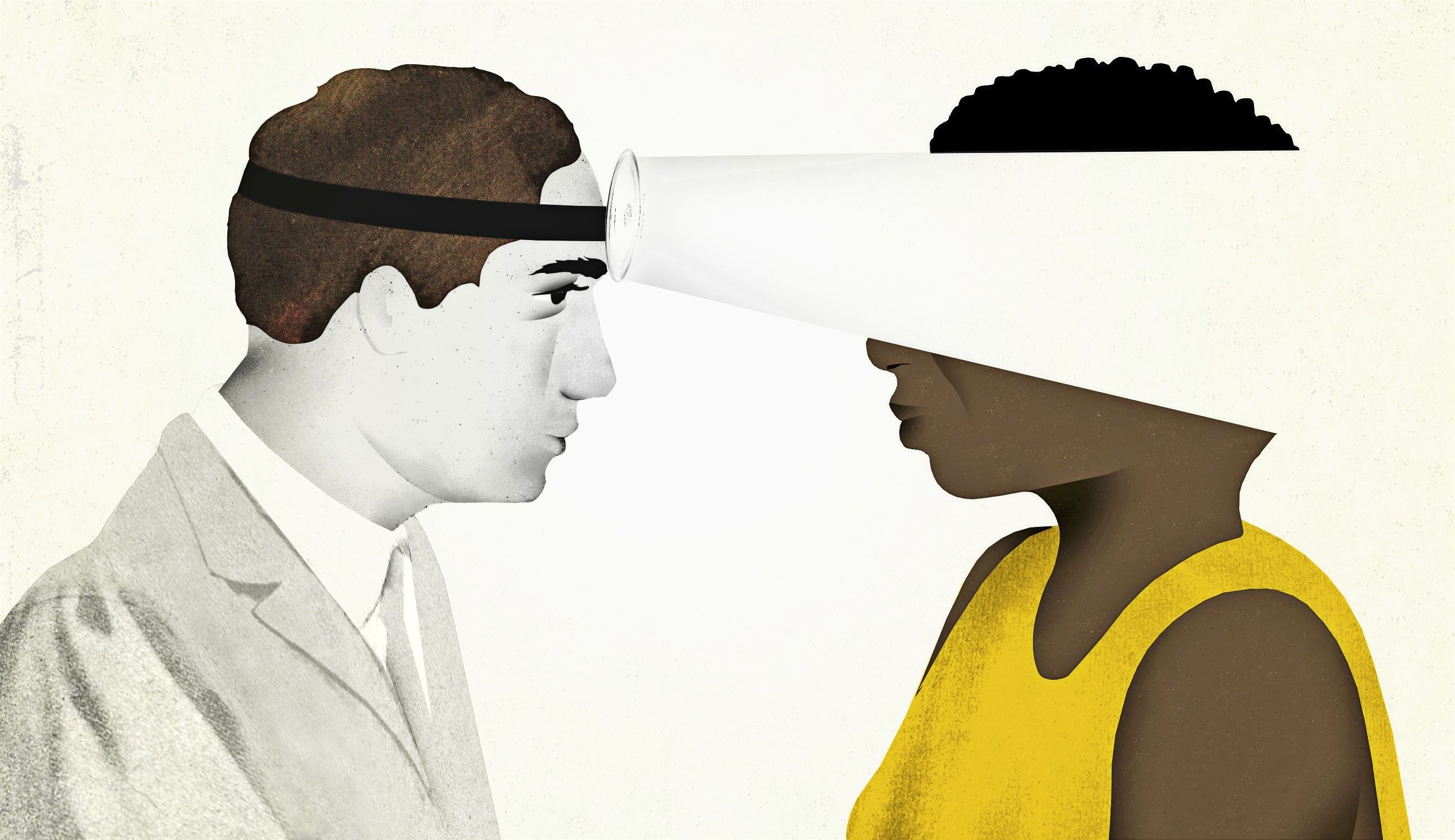 While “Baked In: Systemic Racism Around and Within Us” is a series of talks given by USD professors as to how racism has infected and impacted fundamental areas of our society, the purpose of one of these talks that I attended — titled “Perspectives on Racism and Health” — was to provide insight on how racism has altered the relationship American healthcare providers have with their Black patients. Moderated by Dr. Jillian Tullis, this discussion featured three panelists: Associate Professor of Nursing Dr. Martha Fuller, Assistant Professor Dr. Kristopher Hall, and Associate Professor of Environmental and Ocean Sciences Dr. Drew Talley. Alluding to how the principles of the American healthcare system stemmed from the racial ideologies that were instilled during America’s slavery period, these panelists highlighted not only the dangers of ignorance, but also the necessity of shifting power to marginalized groups, which work together to drive home the “Baked In” series’ message: if we don’t tackle racism at its root, then its sinister branches will continue to disrupt our diverse society. From psychology to the environment, the panelists recounted their experiences and expressed their concerns about how racial aggressions — on both micro and macro levels — affect African-Americans’ minds and bodies. In regards to this, Dr. Martha Fuller and Dr. Kristopher Hall talked in length on how many Black people are turned away or aren’t taken seriously when they express having health problems — be it physical or mental — to healthcare providers. This becomes a contributing factor for the high mortality rate amongst those belonging to the Black community, and as such should garner national attention in correcting this form of injustice.

To understand the unfortunate statistics related to Black mortality rates, one would have to understand how the healthcare system perceives African-Americans, which has its roots in anti-Black racial ideologies that developed during the 1670s, which is the period when the American colonies were known as “slave societies”, on account of their high populations of enslaved peoples. These ideologies casted enslaved Africans and their descendants as inferior to Europeans and the white race, which in turn justified their enslavement and any race-based discrimination hurled against them. In the afterlife of slavery, however, these ideologies have not dissipated but rather dissolved into today’s institutions, like our healthcare system. An example of these ideologies is that Black people — whose ancestors labored in the fields for extensively long periods of time — are strong and are able to withstand any ailment or illness. This racial ideology is at the heart of why many Black people struggle today to receive adequate help in dealing with their physical and mental health problems. Dr. Fuller, who has done research into the impact of socio-economic disparities on maternal and infant mortality rates since 1983, points to two reasons as to why Black mothers and their babies have a higher rate of dying than their white counterparts. First, Black mothers face underlying health complications that can be primarily traced to “…the psychological impact of constant stress [caused by racist aggressions]. [Constant stress causes one’s blood pressure to rise, which affects the kidneys, the heart, and other parts of the body]” (Fuller and Hall). Dr. Hall explains that due to Black people anticipating racial aggressions on a daily basis, their bodies are constantly in fight-or-flight mode, which makes their bodies deteriorate as a result. Second, Black women are not listened to whenever they have a medical problem. Dr. Fuller said that healthcare providers in general believe women less often than men, which severely affects the believability rate of a black woman’s health issues. If Black mothers are treated this way, then it would appear that their babies would get even less attention. According to a research study done in California where they looked at the quality of neonatal intensive care units, they found that “…within the same institution, a black infant received fewer of the quality-of-care measures [than a white infant]” (Fuller and Hall). While this may not be the case for every American health facility, it is still appalling that a healthcare institution, which is designed to aid in prolonging life, chooses to revoke that right from Black people, especially Black infants. This only points to how deep racism runs in this system’s roots.

On the topic of American counseling, Dr. Hall talked about how the field needs to be more prepared in treating Black patients as the stigma around mental health in the Black community is lifting. For context, Hall explained that the issue with American counseling (which is an offshoot of psychology) is that it utilizes many theories that were developed for and by white men since the realm of psychology was predominantly made up of white men for a long time. However, since the 1970s, the field has revamped many of these outdated theories to include cultural contexts in order to better evaluate clients that belong to marginalized groups. For example, the Relational-Cultural Theory (RCT) was created through a feminist lens so as to better help not only women, but also women of color. It is a theory that understands the fact that there are different experiences that individuals can experience, and that said experiences are going to impact one’s worldview and behavior. As such, Dr. Hall noted that there has been some steps in the right direction recently as there are more Black counselors and psychologists entering the field because “…[they] are showing up. [They] want to be seen, [they’re] talking about [their] experiences…[This points to how Black people don’t want to be silenced] in the way that [they] used to” (Fuller and Hall). It should be noted that this unification of Black voices is not a new phenomenon. Just look to the 1827 editorial from the Freedom’s Journal (which is documented in the text Freedom on my Mind) as an example. At the time of its publication, this African-American owned-and-operated editorial stated that “…[this journal is a] a medium of intercourse between our brethren in the different states of this great confederacy: that through its columns an expression of our sentiments, on many interesting subjects which concern us, may be offered to the publick…” (White et al., 166). The recurrence of these sentiments to have proper representations in the public eye calls attention to how much more work there needs to be done in not only providing platforms for Black people to openly speak about their experiences, but also employing people that possess or take into great consideration of their cultural knowledge into everyday institutions.

In relation to our understanding of African-American history, both the theme of shifting power to marginalized groups and the dangers of ignorance are significant. First, shifting power to marginalized groups allows for a multicultural perspective to leave the fringes of society towards its center. Dr. Fuller commented on how over the past year, there has been an increase in the next generation influencing systems to change for the better, in which they aim to change the mindsets of those individuals that insist on keeping these imbalanced systems running. Second, highlighting the dangers of ignorance in our society paves the way for more honest discussions about not only African-American history, but also how Black people are treated in America, which in turn will hopefully initiate measures to correct these forms of injustice. Unraveling the anti-black practices that are in effect in our essential institutions like healthcare will help to heal the bodies and minds of those affected by what society is doing.

Fuller, Martha, and Kristopher Hall. “Perspectives on Racism and Health.” Baked In: Systemic Racism Around and Within Us Series. 16 Feb. 2021.