Climate change has already been affecting large portions of the globe and will continue to do so for the foreseeable future. The question that we must now ask is how will climate change affect the area that we live in long-term. To answer this, we must first look at rising patterns and trends from the last couple of decades.

As seen as above, the United States as a whole has been experiencing considerably hotter than normal temperatures over the last century. This trend is expected to not only continue, but in continue at a faster rate in the future. If temperatures rise at the same rate they have been over the last decade, Southern California’s average annual temperature will increase by 7 °F by the year 2070 when compared to the average for temperature for the 1990s. The decade 2001-2010 was the warmest in the 110-year instrumental record of the Southwest states, with temperatures almost 2°F higher than historic averages. While summertime heat waves are expected to increase, cool wintertime air is projected to decrease, contributing to the rise of the temperature. 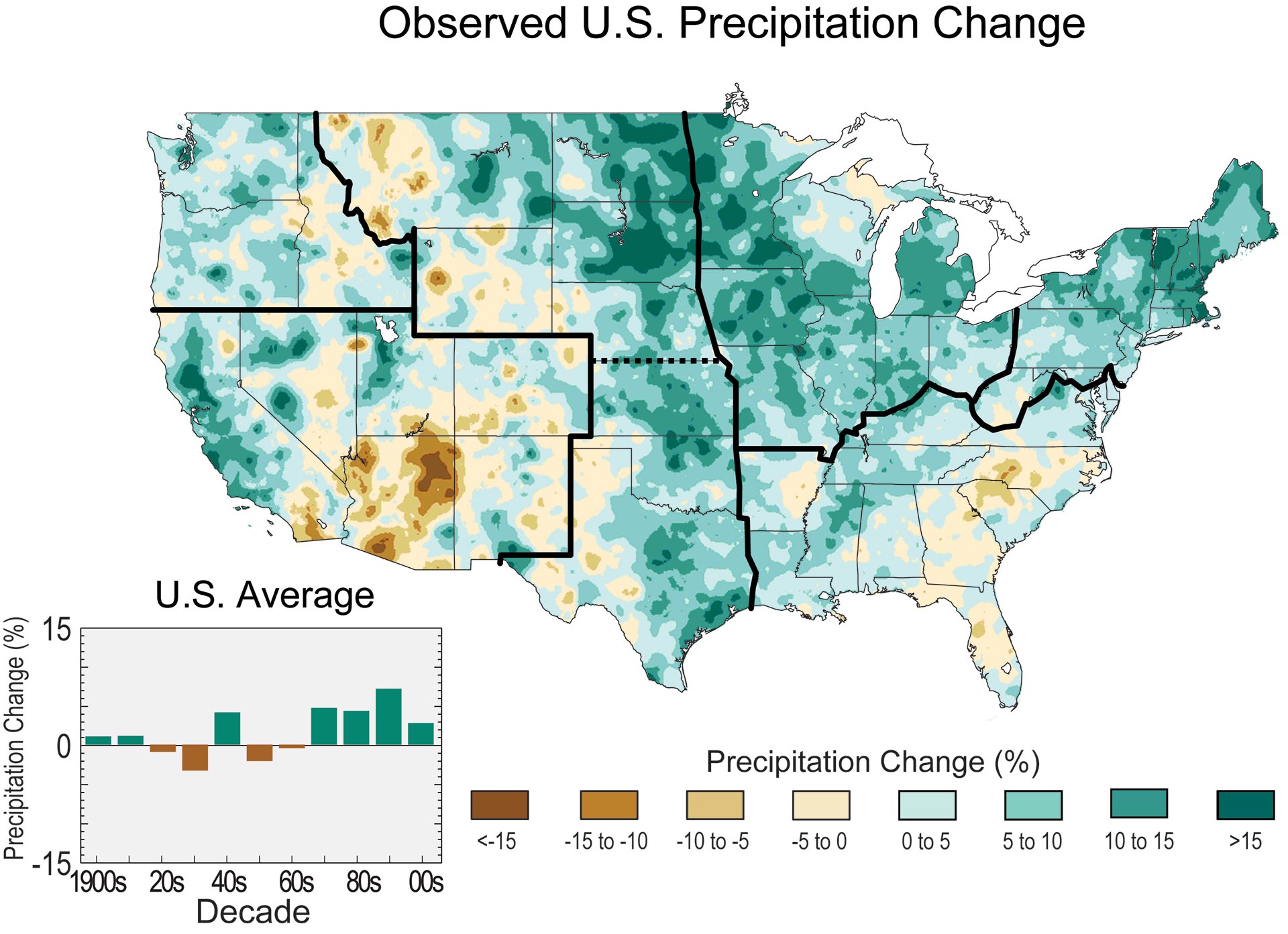 In addition to rising temperatures, Southern California is also facing the challenge of a changing precipitation. Even though the United States overall is receiving more precipitation, the San Diego area is facing a 5 to 10 % decrease in precipitation drop. As climate changes continues to evolve, we can expect this decrease to rise, creating more of a problem and potentially a drought for many years. Another issue is that the snow pack in the mountains that feeds into the amount of water available is lessening too, therefore enhancing the problem.

These two changing patterns (higher average temperature and lower precipitation) have several major impacts for Southern California. Dry, hot weather is the perfect conditions for wildfires. Between 1970 and 2003, warmer and drier conditions increased burned area in western U.S. mid-elevation conifer forests by 650%. Models project up to a 74% increase in burned area in California, with northern California potentially experiencing a doubling under a high emissions scenario toward the end of the century. Drought and increased temperatures due to climate change have caused extensive tree death across the Southwest in the recent years. Even though some ecosystem need wildfires to cause renewal, excessive wildfires harm the landscape. Additionally, wildfires cause billions in property damage and are highly expensive to put out since natural weather patterns such as thunder storms can not be relied on. They also endanger many peoples lives and can threaten public health.

Another problem that the California coast will eventually face is the rising sea level. Although this will most likely be a problem for the next generation, it is still currently developing and should be of some concern. Sea level is expected to rise steadily, but slowly, for the foreseeable future. Rising sea levels will cause more coastal damage, such as coastal erosion and damage to infrastructure like highways and beach houses. In Los Angeles rising sea levels threaten the groundwater supplies, with the ocean water potential rising high enough to contaminate the groundwater. If this is the case, the city would have to increase costs to protect the freshwater supplies.

Overall, climate changes poses several potentially expensive and health hazardous  changes to the Southern California climate. While it make seem like a grim future, it is important to remember that these predictions are only projections and not set in stone. Actions can be taken to try to prevent or minimize many of these conditions if we all band together to demand change.

One thought on “How will San Diego be affected long-term by Climate Change?”