Terry Bird, PhD, joined the USD faculty in 2005. His primary teaching responsibilities include undergraduate lecture and laboratory courses in genetics and microbiology. His research is focused on elucidating the signal transduction systems used to regulate development in bacteria.

Bird’s research is centered on examining the regulation of developmental processes and global control of gene expression in bacteria.  As a graduate student and postdoctoral fellow, he studied sporulation in Bacillus subtilis and the regulation of photosynthesis gene expression in Rhodobacter capsulatus.  He has also conducted cancer research within the Laboratory of Cellular Oncology at the National Institutes of Health.  Bird’s research at USD comprises significant student involvement. Most recently, his lab employed a genetic approach to identify genes required for encystment in the purple, photosynthetic bacteria, Rhodospirillum centenum.  Several of these genes code for signal transduction factors and Bird is now working to determine how they contribute to the timely initiation of cyst development.  Bird has co-authored research and review articles have appeared in various journals including Molecular Microbiology, Journal of Molecular Biology and Cell. Topic:  Fandango at the Wall, a documentary film

Award-winning activist director Varda Bar-Kar has directed an array of productions, including documentaries, episodic television, short films, and viral branded content.  She is an activist filmmaker focusing her lens on meaningful stories exploring the breadth and diversity of the human condition. She faces society’s challenges with an uplifting approach that speaks into possibility.  Varda transitioned into directing after working as a Script Supervisor for maverick feature directors like Jim Jarmusch, Wayne Wang, and Carroll Ballard. She developed her directing voice creating scripted short films, including the festival-winning Window starring Louis Gossett, Jr.  Window screened at Cannes and aired across the United States on local affiliate stations in honor of Black History Month.  Varda’s new music documentary Fandango at the Wall (Tiger Turn and Sony Music Latin) has been picked up by HBO. Fandango at the Wall is an exuberant feature music documentary that follows masterful son jarocho musicians from Veracruz, Mexico to the United States-Mexico border where they join renowned New York Maestro Arturo O’Farrill and his Afro Latin Jazz Orchestra for a transformational music festival taking place on both sides of the border. Varda’s documentary feature Big Voice screened at the United States Capitol in advocacy for Arts Education, broadcast on PBS winning a Bronze Telly Award, and streamed on Netflix.  Her documentary A Million Spokes following a select group of cyclists riding across the state of Iowa in the largest, longest, oldest, bike tour in the world called Ragbrai.  A Million Spokes aired nationally on the Documentary Channel.

Also joining Ms. Bar-Kar on the panel are:

Jorge Francisco Castillo
Born in 1959, Jorge Castillo grew up in the City of Juarez, Mexico. He was inspired at an early age by his grandfather, Beto – who was a professional jazz & orchestral trumpet player. Jorge is a professional classical guitar player, having received his first training at home at age nine. He graduated from the University of Texas El Paso. During this time at UTEP, Jorge worked at the music library where he developed an interest in the librarianship career. Later, he became a professional librarian for more than 30 years, until 2017. During this time at the library, he was always involved in music; drawn to performing in some way, whether with friends or family. In 2006, Jorge was introduced to the fandango culture but it was not until the summer of 2007, after hearing the group Quemayama, from Veracruz, that he got a much better grip of its essence. This drove him to become the founder of the Fandango Fronterizo in 2008, held annually on the border of Tijuana and San Diego.

Arturo O’Farrill
Pianist, composer, and educator, Arturo was born in Mexico and grew up in New York City.   He received his formal musical education at the Manhattan School of Music and the Aaron Copland School of Music at Queens College. Arturo’s professional career began with the Carla Bley Band and continued as a solo performer with a wide spectrum of artists including Dizzy Gillespie, Lester Bowie, Wynton Marsalis, and Harry Belafonte. Arturo is a member of the faculties of both the Manhattan School of Music and the School of Jazz at the New School. In 2007, he founded the Afro Latin Jazz Alliance as a not-for-profit organization dedicated to the performance, education, and preservation of Afro Latin music.  In December 2010 Arturo traveled with the original Chico O’Farrill Afro Cuban Jazz Orchestra to Cuba, returning his father’s musicians to his homeland.  He continues to travel to Cuba regularly as an informal Cultural Ambassador, working with Cuban musicians, dancers, and students, bringing local musicians from Cuba to the US and American musicians to Cuba.

Marshall Curry
Marshall Curry is an Oscar-winning American documentary director, producer, cinematographer and editor. His films include Street Fight, Racing Dreams, If a Tree Falls: A Story of the Earth Liberation Front, Point and Shoot, and A Night at the Garden. His first fiction film was the Academy Award-winning short film The Neighbors’ Window (2019).

Presentation: Towards Food Systems for Health People and a Healthy Planet: How to Feed 11 Billion People Sustainably

After studying Agriculture and Animal Breeding, Geoff joined the East of Scotland College of Agriculture (now part of Scotland’s Rural College (SRUC)) as an animal breeding specialist, and was involved in animal breeding research, education and knowledge exchange. He established and led for many years a research team working on livestock genetic improvement/sustainable use of farm animal genetic resources. Subsequently he held a variety of leadership roles in SRUC – latterly as Vice Principal Research, overseeing research activities spanning agricultural economic and social science, animal, crop, soil and environmental sciences and farming systems.

Presentation: Veteran’s History Project at the US Library of Congress

Lisa Taylor is a liaison specialist for the Veterans History Project of the American Folklife Center. She writes and produces promotional materials and coordinates outreach activities to encourage veterans to tell their stories and to inspire volunteer interviewers to record them. A native Washingtonian, she holds a B.A. in Journalism from Howard University and an M.A. in Organizational Communication from Bowie State University. She has worked at the Library of Congress since 2009. 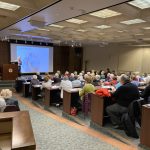 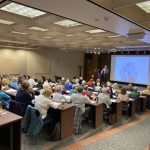 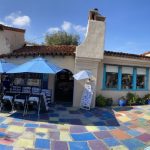 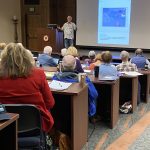 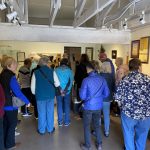 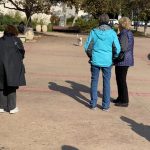 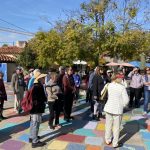 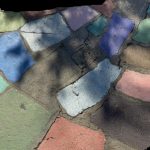 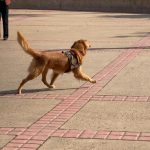 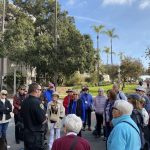 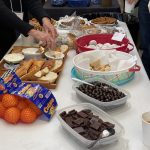 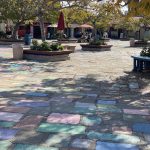 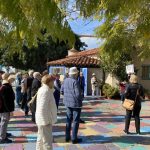