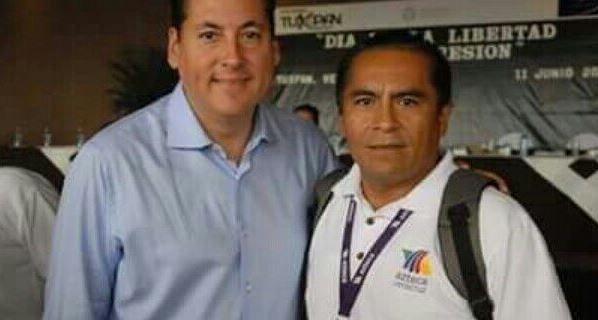 ~ This story was originally published by Blog Expediente on May 15, 2016 ~

Translators note: On Saturday, Manuel Torres González was murdered in Poza Rica. He becomes the 18th journalist murdered in Veracruz, where more than 20 journalists have been killed or disappeared since 2010. It is difficult to determine precisely why journalists are targeted; studies find that many are local reporters, often working in photojournalism, and that the aggressions frequently come from the state, not criminal organizations. Whether reporters are attacked because of specific reporting is rarely clear. In this reflection, not only does Ignacio Carvajal thoroughly demolish the state government’s claim that Manuel Torres was not a journalist, but he also provides some insight onto the type of reporting that Torres pursued. -ML In surveying the numerous stories across the internet written by Manuel Torres González, the 45-year-old journalist [assassinated on Saturday in Poza Rica] a few notable themes emerge. Torres’s interests included the protests of workers at Petróleos Mexicanos (PEMEX, the state oil company), the denunciations of injustices, social demands, and the problems of water shortages in certain neighborhoods of Poza Rica, but without a doubt his greatest focus was on crime-beat reporting.

On the website of the digital newspaper Radiover.com, Torres’s name is listed on the staff directory as a correspondent in Poza Rica, and reviewing the site’s archive reveals the wide range of themes that he covered. On Saturday, he was shot to death as he left the offices of the state transportation department in Poza Rica.

What stands out most is his coverage of shootouts, executions, kidnappings, clashes between criminals and police. Poza Rica, an oil producing city in Veracruz, is one of the drug plazas where the Zetas cartel operates, and has been in conflict since even before the rupture between the Zetas and their former employers, the Gulf Cartel. The city was once a symbol of prosperity, owing to the oil fields located there and the arrival of the first private companies involved in petrochemical activity and oil exploration.

Nevertheless, with the expansion of the Zetas, the city became one of the most violent in the nation, a place where kidnapping and murder are quotidian events. Since 2015, the city has commemorated the death of Heriberto Lazcano [a cartel leader] – a morning mass was even celebrated at a shrine of the Virgin of Guadalupe, and offerings and altars with his picture appeared in the city. On October 9, 2015, the badly-beaten bodies of three people were found underneath a banner celebrating Lazcano’s memory, bound at the hands and feet.

It was in this city where governor Javier Duarte, on two occasions, told journalists to “behave well,” because “there are a lot of rotten apples” and “we are going to shake the tree so hard that many will fall,” a threatening allegation that reporters were complicit with organized crime, yet to date the administration has not pursued legal action against a single journalist for “behaving poorly.”

Among Manuel Torres’s stories for the digital newspaper, which is owned by Juan Antonio Nemi, is one titled “Foreign Companies Owe Millions to the Oil Workers of Poza Rica.” The story covers a “demonstration outside the offices” of PEMEX by “representatives and owners of 40 local oil industry businesses that have provided services to foreign companies that are contracted by PEMEX” and over the last two years have accumulated millions of pesos in debt. The story was dated August 19, 2014.

On February 20, 2015, he published the story “Division Within the Retired Oil Workers Movement in Poza Rica,” in which he noted that “Five days after the movement began with strikes and blockades of Adolfo Ruiz Cortines Boulevard, everything appears to indicate that the ‘Unity’ group, composed of retired oil workers who are demanding the return of their savings, is being haunted by the specter of division, which appeared this morning after they began a dialog with local authorities.”

On December 4, 2014, he covered the clash between state security forces and criminals in the Emiliano Zapata neighborhood, a confrontation that left six criminals dead. “As a result of the confrontation between Civil Forces and members of the criminal group, five members of that organized crime group were killed,” reads the caption of a photo attributed to Manuel Torres; the story was credited to Radiover staff.

On January 28, 2015, he shared credit with Javier Salgado for the story “They Executed Him and Threw His Body Into Traffic,” which discussed the attempted “police mobilization” that “occurred this morning on Manuel Ávila Camacho Avenue in this city, following the report of a person who had been murdered, and after having been shot several times his body was thrown into the flow of traffic.”

But this coverage of the police beat contrasts totally with the editorial line of the news website that he founded in mid-2015, MT Noticias, where there is not even a section dedicated to crime reporting. There are few, if any, stories of that sort on this page, which represented a new facet of Manuel Torres as the director and founder of a news outlet.

More than half the stories published there cover the activities of the state government, from the minister of public security to, more recently, stories and photos related to the political campaigns in the districts near Poza Rica.

In one of his last collaborations, on May 11, you see Verónica Medina de Yunes, wife of the PRI candidate for the governorship, Héctor Yunes Landa, meeting with a group of women to ask for their support of her husband. The photo in this story is credited to Torres, the 18th journalist murdered during Javier Duarte’s administration; the text is attributed to another reporter.

he last activity on Torres’ news website occurred on Friday, May 13, 2016. Nevertheless, in its first press release about the case, the state attorney general’s office did not recognize Torres as a journalist, but labeled him as a “collaborator with the municipal authorities,” even though on social networks there are countless photos of Manuel Torres practicing his craft, and even some with the governor and the current coordinator of social communication, Alberto Silva, at a meeting at the annual gathering celebrating freedom of expression. In the two photos, the reporter is being embraced by the two men, who now refuse to recognize him. It is the same strategy employed following the murders of Moisés Sánchez and Juan Mendoza, both killed in 2015.

“He was a taxi driver,” Duarte said when asked about the kidnapping and murder of Moisés Sánchez in Medellín de Bravo in January of 2015. Later, under pressure from international organizations, he recanted. Regarding Juan Mendoza, the attorney general’s office closed the case after concluding that he had been killed in a traffic accident, even though his body appeared with a blindfold on his face and signs of torture.

Ignacio Carvajal writes for Blog Expediente in Veracruz. This story was originally published by Blog Expediente under the title “Manuel Torres, reportero de causas sociales” and is available at: http://www.blog.expediente.mx/nota/19469/periodico-de-veracruz-portal-de-noticias-veracruz/manuel-torres-reportero-de-causas-sociales