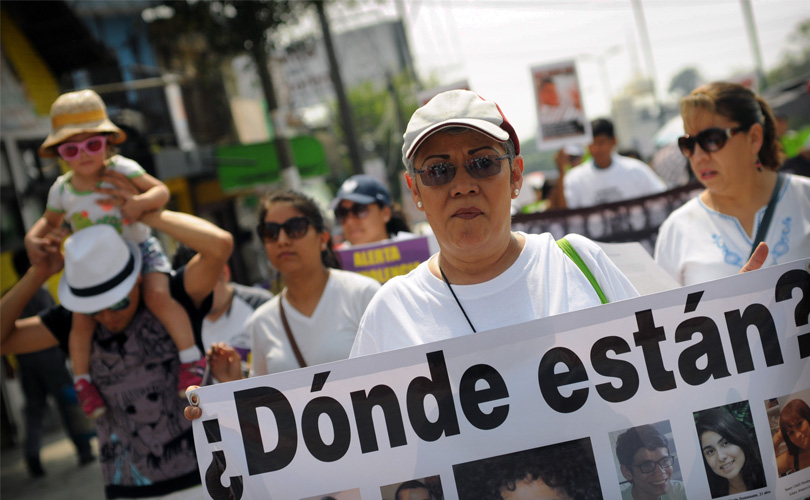 Translator’s Note: The more than two decades of journalism of Norma Trujillo Báez deserves some attention from readers far from Xalapa, the state capital in the foothills of the mountains of Veracruz, on Mexico’s Gulf Coast. The attentive reader of Trujillo Báez’s article notes immediately the approach of a journalist who reads deeply in official and unofficial sources about public policies affecting her native state of Veracruz. Trujillo Báez is not a wordsmith but a number cruncher. She’s not a narrator of her encounter with the facts, nor the interlocutor of the people who might provide them. She states the facts as she finds them, often as plainly as possible. She wants her readers to be informed about how public policy decisions are made, how they are executed, whom they affect and where money is spent. She often butts the reality of her facts against the silken words that spill so easily from the mouths of Veracruz’s politicians.

Her article, translated below, about the number of disappearances and missing people, especially children, in Veracruz performs the necessary activity of publishing uncomfortable facts. The elegant, ever so dignified presentation of the data about disappearances Trujillo Báez offers readers contradicts statements made by the Governor of Veracruz, Javier Duarte of the PRI. Duarte has refused to view disappearances of young women as a crisis of his term. The big picture, too, is that Mexico this week presented its second report to the U.N. Committee on the Rights of the Child, so attention to Trujillo Báez’s story can inform bigger discussions about state failure to protect the vulnerable from human rights abuses. Recently, citizens of Veracruz have taken to the streets in large numbers to protest disappearances.

The translated story is not filled with horrifying descriptive detail rendered through formulaic reportage of dramatic scenes filled with adjectives. That’s not Trujillo Báez’s style of journalism. But the details in the data of her story are indeed horrific. Or, at the very least they provide an opening for residents of Veracruz to question state government about the protection of the internationally recognized human rights of children.

Trujillo Báez was a friend of the murdered Xalapa-based journalist, Regina Martínez. In the three years since Martínez’s death, Trujillo Báez has continued to fight for freedom of expression in her state by leading in the movement for the defense and protection of journalists in Veracruz. Her colleagues know her to be shy and retiring but at the same time forthright and active to preserve Martínez’s memory, to protect her journalist colleagues and in defense of human rights. For all these reasons she continues to practice her craft – exposing malfeasance in public administration- from the state capital of Xalapa. She does so in a context of immense risk: since 2010, twelve journalists have been murdered in Veracruz.

At least 50 percent of the 59 people reported as missing in Veracruz in 2015 are minors, according to the State Prosecutor’s website (www.veracruz.gob.mx/justicia/servicios/personasextraviadas). Of those missing minors, 45 are female, a figure that is almost twice that of the number calculated by the non-governmental organization Network of Children’s Rights in Mexico (REDIM). The NGO says that there are 30 in total, principally from Xalapa, Veracruz, Cosamaloapan, Córdoba and Cosoleacaque.

The figures are alarming given that REDIM, using data from the National Register of Missing and Disappeared People, has calculated that in Mexico there are 23,271 disappeared people, of which 7,016 are girls, boys and adolescents (from 0 to 17 years old). That means youth make up 30 percent of the total number of the missing.

The statistics calculated by REDIM indicate that from 2007 to 2014, 6,998 girls, boys and adolescents disappeared. Within that population, studying the data available for adolescents from 15 to 17 years old one finds that there are 2,621 missing youth. Of these, 1,712 are women, meaning that girls between the ages of 15 to 17 make up seven out of ten disappeared adolescents.

In the case of Veracruz, analysis of the State Prosecutor’s website shows that, through May 6, 2015 there are 59 missing minors (from 0 to 18 years old). April saw the greatest number of those reported missing, with 21 registered. The cities with the greatest number of disappearances were Xalapa and Córdoba.

The website shows the names of those minors who are listed as “missing people.” In some cases the names do not appear because their identity is protected. In none of these cases has the missing child re-appeared, including those cases where authorities issued an Amber Alert.

Names and ages of those missing follow, along with the date and place of their disappearance:

TBI Translator Patrick Timmons (@patricktimmons) is a freelance journalist, independent human rights investigator, and adjunct professor of Political Science and faculty affiliate at the Center for Inter-American and Border Studies at the University of Texas at El Paso.