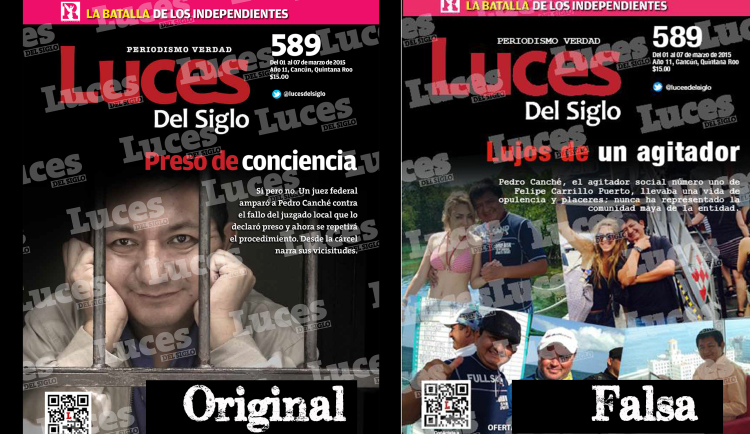 The firing of prominent journalist Carmen Aristegui from MVS radio has brought heightened attention to the issue of censorship of Mexican news media. The case has received ample play with foreign correspondents, as her firing is largely seen as a case of political retribution for her unceasing denunciations of corruption. Last year, Aristegui, along with two members of her investigative team (also fired in March), had uncovered luxury properties belonging to the first lady and ties between the president and the construction group that had built the house.

The firings are unrelated to censorship of a specific story, but stem instead from a dispute between management and the reporters over the team’s connections to a new anti-corruption leaks website. The oblique nature of the case is illustrative, and while troubling, Aristegui’s case is hardly a singular example in a country where the operation of journalists is often severely restricted and freedom of expression is often undermined in insidious ways.

Among these less-reported cases is that of journalists in Quintana Roo. As investigations by the press freedom organization Articulo 19 reveal, Governor Roberto Borge has made a concerted effort to limit criticism from journalists. Much of this has occurred in the digital realm, where Twitter bots have been used to multiply official attacks on the journalistic integrity of those critical of state government and to spread disinformation. In one striking case, this strategy has been employed to disseminate fake covers of the investigative magazine Luces del siglo over sixty times in the past three years. On these fake covers, carefully cloned to appear authentic, “headlines” are changed, altering the tone of the cover from critical of the state government to laudatory. A recent faked cover replaced the title “Prisoner of Conscience” above a photo of imprisoned journalist Pedro Canché with “Luxuries of an Agitator” above supposed photos of Canché at a pool and in a high-rise hotel (Canché has been in jail since August on charges of sabotage after covering a demonstration over water rates). Other manipulated covers have simply replaced the text above the same image, from “Borge plants terror” to “Mano Dura against delinquency.” Occasionally, subtly different images are used, but always skillfully mimicking the authentic cover. While the precise source of the fakes is unclear, their initial appearance always occurs in tweets from state government functionaries. This disinformation strategy has apparently also been used in combination with mass purchases of the print magazine in order to remove certain issues from circulation. The cases of Aristegui and Luces del Siglo offer a revealing contrast about the interaction of digital media and the state of freedom of expression in Mexico. While Aristegui lost her radio program, she has received tremendous support for her cause in online and has continued to make her voice heard through her webpage, Aristegui Noticias, as well as Twitter and Facebook.

In other cases, the manipulation of social media has proved a major obstacle for freedom of expression, as state and national governments have employed bots to give the appearance of credibility to attacks on opponents and to disseminate official narratives. Bots have also been used to delegitimize and bury hashtags through spam retweeting, including #EnDefensadeAristegui and #YaSéQueNoAplauden, which mocked President Peña Nieto’s anti-corruption initiative. Neither is this entirely new: Peña Nieto’s bot network was first uncovered during his presidential campaign.

The technical details of these bot networks and tactics have been monitored by LoQueSigue.net and YoSoyRed (http://yosoyred.net/), though their use has not yet been curbed. Similarly, strategies for overcoming the bots, other than daily changes to the hashtags, have been slow to develop. As the case of Luces del siglo suggests, regional journalists and organizations seem to be most at risk of experiencing to this form of digital censorship, on top of existing threats of imprisonment or violence.

Michael Lettieri is a Program Officer at the Trans-Border Institute