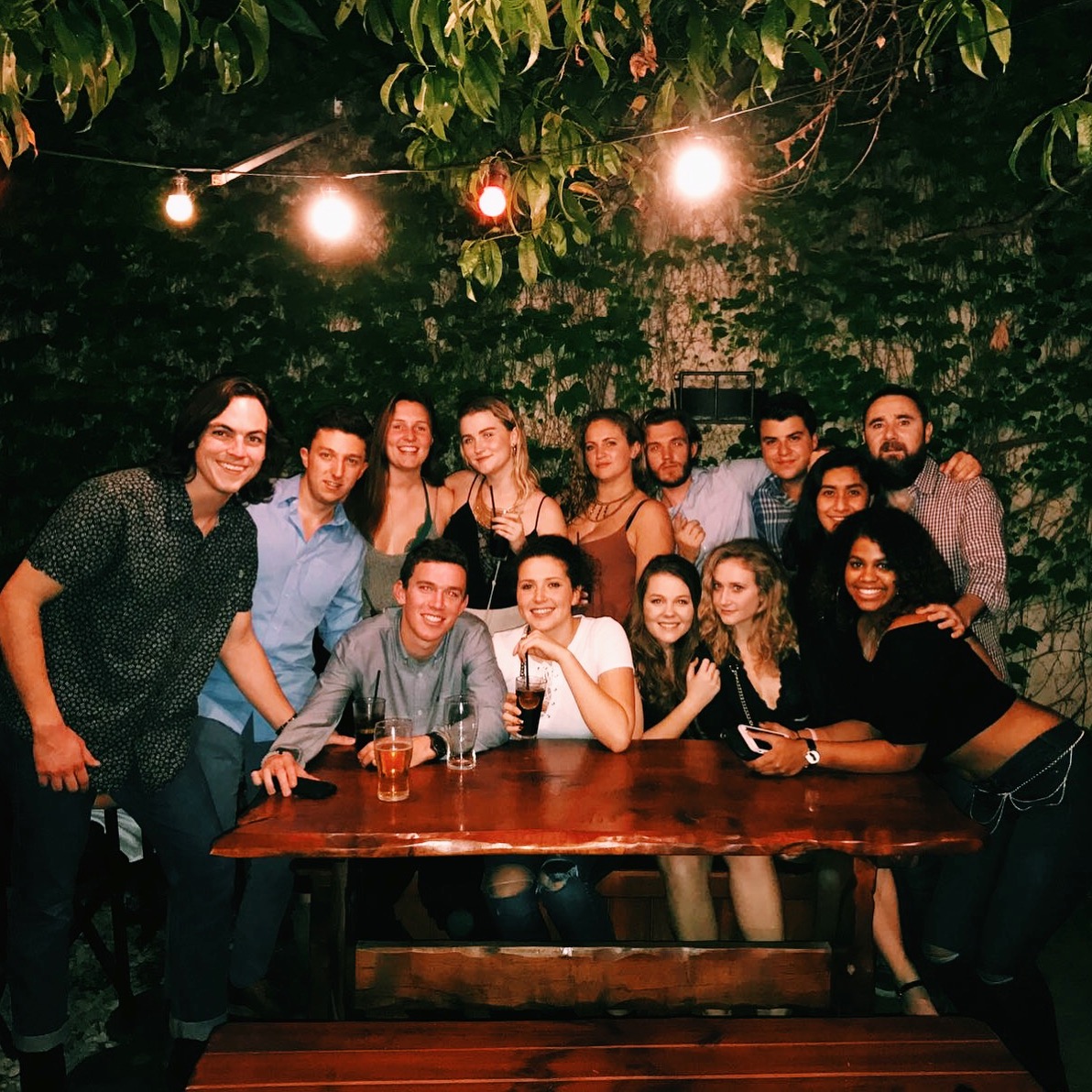 “My trip to Buenos Aires will be difficult to summarize in one blog post, as it was two weeks of exploring, learning, and adapting to a place full of life and fun people. First, I’ll start off by saying that Argentina, or even Latin America, usually isn’t at the top of a traveler’s list, but after experiencing all that the country has to offer, I would have to say: think again. Buenos Aires, Argentina is a bustling metropolis that is made up of a blend of traditions and cultures, namely French and Italian influences. It is known as the “Paris of Latin America”, and for good reason – the architecture is reminiscent of many of the buildings that you would find in Europe and the options are endless for whatever type of food you could want. Argentina has a lot of character, and there are many different places to explore in order to find your niche, whether it be in the trendy Palermo barrio where there are charming cafes, such as Cafe Oui Oui and Artemisia, trendy boutiques and fabulous upscale restaurants, such as Don Julio and Las Cabras, and upbeat nightlife (safe to say that Rosebar was a frequented establishment), to Recoleta, known for its famed Cemetery housing the remains of Eva Perón, a women’s rights and labor activist in the late 1940s to early ’50s, also known as the “spiritual leader” of the country, and contains two of the best Italian restaurants in the city, Cumana (the gnocchi is the most amazing thing ever) and El Cuartito (famous for its ‘fugazetta’ aka cheese and onion pizza), or to La Boca, a neighborhood smack dab in the center of Buenos Aires’ slums, but is the most colorful and inviting area in the city. As a group of undergraduates, MBA, and MSGL students, we all began our trip by being taken on a city tour just mere hours after stepping off the plane (in order to help us adjust to the time difference) that showed us a lot of the main highlights mentioned previously, besides Palermo. We were able to slightly get our bearings and see what the city has to offer, as well as the places we would want to go back to. Upon the completion of the tour, many of us decided to go out for an early dinner in the neighborhood of our hotel, Retiro, a quiet yet classy area that includes Calle Florida, a street filled with bustling students from the nearby university and many shops and restaurants.

The first few days included our initial class meetings, a tango night, a wine tasting lecture, and sleepless nights (due to countless naps taken throughout the day). I took the Negotiations in a Global Business Environment taught by the relentlessly entertaining couple duo, the Barkae. The course as a whole was excellent and I would highly recommend anyone to take a class or a seminar in how to negotiate, as it is a life skill that is so important, especially for women in our society. Women are at an automatic disadvantage when it comes to negotiating, as we are perceived as being subordinate, docile, and forgiving. My main takeaway from the course was that in order to combat this issue, it is imperative for both men and women to know that this is prevalent and women are just as capable to lead, if not better, as we actively listen, value others opinions, and try to build consensus more often than men. The simulations also were very pertinent to what happens in real life and were vital to the learning process throughout the course of the class. The tango night was probably one of the best nights that was a part of the program set up by USD, as the performances were impeccable and visually amazing. It truly felt like you were a part of the tradition and the emotion emitted from the dancers was undeniable. We also were treated to a wine tasting lecture that was highly enjoyable and we were taught all that we would need to know about how to correctly try wine, as well as were able to taste two white and two red, plus a champagne, that are indigenous to the Latin American region. After giving a brief overview of what the program & trip entailed, I want to go back to my favorite place in the whole city, Palermo. We decided to go on a graffiti walking tour of the neighborhood, where our tour guide transported us back in time to when Argentina battled into becoming a democracy, which is what “street art” was born out of. The most intricate of all the graffiti, in my opinion, was a mural of Frida Kahlo, painted outside of a club called “Fridha” with an ‘h’. It included real gems as her jewelry and she was depicted as the epitome of a hipster. There was another interesting piece of graffiti that looked completely different at first glance, since it had a lot going on, but actually made up an image of a tiger peering down at you. After going on the tour, my classmates and I had a much greater appreciation for the history of the struggle many of the citizens have had to go through and for the art that they use to demonstrate their passionate feelings. A few other adventures worth highlighting that my classmates and I embarked on were visiting the San Telmo market, the MALBA (the Latin American Art Museum of Buenos Aires), and El Ateneo Grand Splendid. The San Telmo Market was an eclectic assortment of artisan made goods, paintings, jewelry, leather bags and wallets, soap dispensers, and trinkets galore. The market goes on for miles and miles and is hugely popular to attend on Sundays, attracting an insane amount of tourists. We happened upon a cafe called Coffee Town in the center of the market located inside a converted warehouse that served up a mean cup of coffee and delicious brunch, that I am always craving. Throughout the mess of vendors and visitors, there are street performers either singing or dancing the tango. The MALBA was a modern art museum that showcased Frida Kahlo and Picasso, amongst other famous Latin American artists. Many of the art installations had a deeper meaning (or so we thought they must, since some of them were pretty strange) and it is a must see if you are either an art enthusiast or like to interpret wacky paintings and sculptures. Furthermore, El Ateneo was originally an opera theater transformed into a large bookstore containing Latin American classics and a cafe. The bookstore is beautiful and grandiose. The picture that I am providing really doesn’t do it justice, as it is so much more awe inspiring in person. It was perfect to visit the bookstore as a slight study break, as well as set up shop at a table in the cafe to study, all whilst listening to opera music in the background (which could get loud at times, but we tried to embrace it). All in all, the trip exceeded all of my expectations in the way that I was able to be surrounded by a vibrant and rich culture with a great group of peers that I am lucky enough to now call friends, as well as could learn more about myself inside and outside of the classroom, through both the negotiations and exploring one of my new favorite cities, Buenos Aires. I hope to return sometime in the future, but for now, I’m grateful for the lasting memories that I have made and will continue to have for a lifetime.” One thought on “Don’t Cry for Me, Argentina (because I’ll be back soon) – Cat Nilsson”