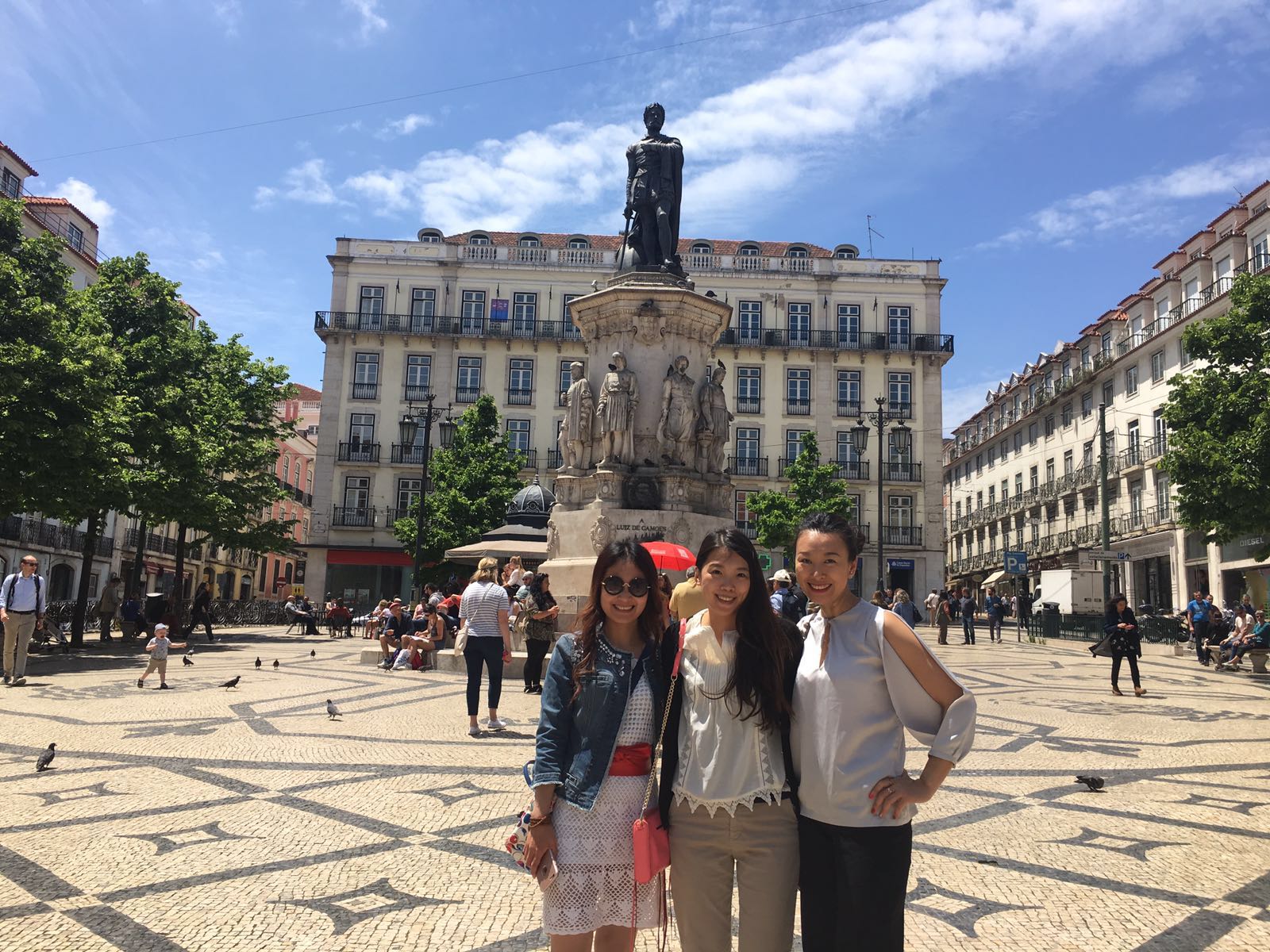 Angel (Shengdi) Wu made the journey to Lisbon and Madrid, experiencing a contrast of Portuguese and Spanish business etiquette to that of her native country, China. Please enjoy reading her perspectives on European and Chinese cultural practices, and how to have cultural-awareness while conducting international business.

Time flies, two weeks’ intersession in Europe passed quickly in the blink of an eye. My overall impression on Europe is complicated. I was completely absorbed in the rich culture, accumulated through the long development of the civilization. We visited art centers, witnessed the perfectly reserved architectures from the last two centuries, watched various classical concerts such as Flamenco in Spain and Fado in Portugal, and tested various authentic European food and drinks such as Sangria, wines and fresh-made breads with garlic shrimps. However, on the other hand, I was a little disappointed by the current economic statues of the European union countries. Once dominated the sea and colonized many countries around the world to acquire a great deal of fortunes, Spain and Portugal today are no longer prosperous as before and struggling to get out of the economic crisis.

In terms of culture and business differences between China and Europe, the most important element that China and Europe share in common is the long historical development. Both China and Europe entered their respective first golden age at about the same time: 500 BC. However, European culture heritages, including ancient castles and old antiques, are better preserved than the Chinese counterparts, as both the civil wars and the world wars destroyed lots of historical sites in China. As a result, on the whole, the modern facilities such as elevators in buildings are more spread in China than European countries. A single writing language and a 90% Han-nationality dominated population shaped roughly homogenous cultural traditions in China, while multiple languages and varieties of populations created different culture traditions among European countries. The differences could also be traced to the concept of family. For instance, Chinese view the benefits of the whole family over individuals so that an individual has his duty for the family. Europeans focus more on an individual’s freedoms and rights. Although we could feel the socialism influence in both continents, Europeans enjoy much higher benefits from their governments while Chinese do not. When it comes to business, Europeans focus more on the technology and quality, such as some famous luxurious brands – Gucci, Louise Vuitton, BMW cars and so on. Chinese place greater importance on cutting costs, which inevitably harms the quality. However, both Europe and China are complimentary to each other from the market angle. China has huge market potential and production capacities, while Europe has advanced technologies that could be more quickly applied in China. Europe could conquer the Chinese market more quickly by transferring new technologies to China and setting up local production. the capitalism. Europe is falling thanks to the rise of socialism and the fall of capitalism with no easy way out. The rigid, inefficient labor market, in most European union countries, has become probably the largest stumbling block to development of the economies within the European Union. For instance, in the United States, a company in decline could lay off its employees according to its needs without any compensation. While in Europe, the rigid labor law made it even unaffordable for a company to fire a permanent employee. In China, employees laid off by a company are compensated to some extent. As a result, in many European countries, a vicious circle happens as permanent workers in a company might look forward to being fired, and thus companies operating in Europe tend to hire more temporary workers instead. The astonishing unemployment rate at as high as 30 percent makes people question whether it is really beneficial for the economic development of a country to join the European Union. To do business in Portugal, some business etiquettes should be kept in mind. Don’t ask about a person’s background or age or exaggerate your gestures. As for punctuality, it is common to be late. For instance, arriving 10 minutes late for a meeting is ok. You will need to make a call if you will be late by more than 20 minutes or request to reschedule the meeting after 30 minutes. Portuguese people are very friendly and sincere about what they say. As is the case with China, personal relationships are very important in business, and people prefer to do business with someone they trust. Thus, it is advisable to seek a mutual contact and build up some credibility with Portuguese businessmen before starting to negotiate with them, a practice shared by Spanish businessmen as well.

In Spain, sufficient time should be allowed to get to know your partners well before any negotiation as a sound relationship is an integral part of successful business negotiation. For instance, before the formalities of meeting, you should spend some time discussing some general informal subjects, such as the weather, family or traveling arrangements. It is really important to follow up with the completion of a business deal and reinforce personal relationships. It is acceptable to invite business partners in Spain to some informal social gatherings. In general, Spanish people value their families, personal relationship and cultural traditions. They enjoy leisure activities to the fullest. Business dress code is very important in Spain as Spanish people will perceive one’s appearance as indication of professional achievement and relative social standing. It is advisable to address with elegance, especially for a dinner. Many high-quality restaurants have a formal dress code. Unless you are a tourist over there, you should always avoid shorts or slippers. Lastly, it is worth mentioning that some rules about giving gifts during business meetings. Spanish people don’t usually give gifts to each other, while inexpensive gifts could be allowed at the end of a success negotiation. Corporate gifts or books are welcome gifts. It is important to know that Spanish people are brand and quality conscious, so high quality items are preferred.