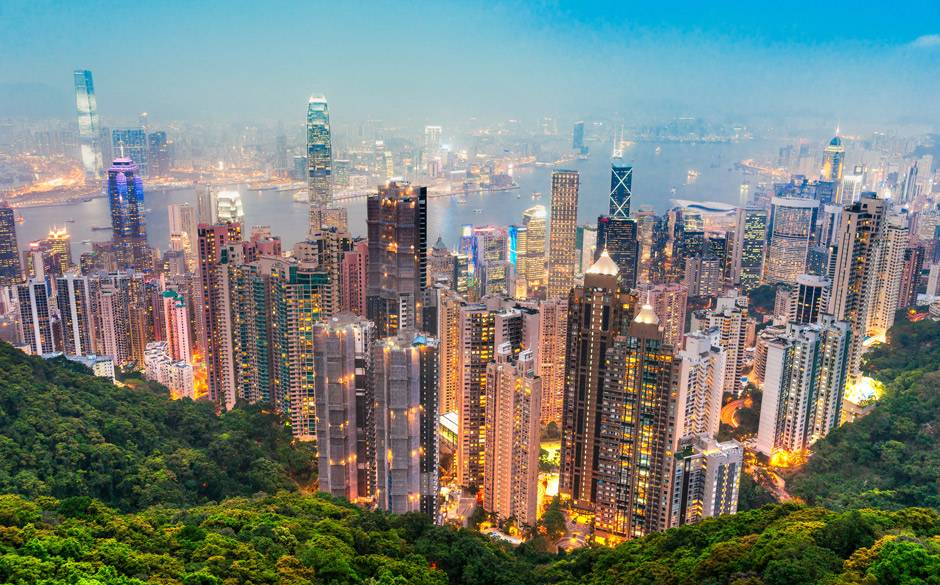 Clarence Wong studied abroad in Hong Kong for an intersession program that gave him a deeper understanding of the city itself through its differences in housing, public transportation system, and the services sector, in comparison to the United States.

For the first day of MSRE 509 intersession, our group took a city tour of Hong Kong, ending with a visit to ‘The Peak’ at the top of Hong Kong island, which featured a panoramic view of Hong Kong. The Hong Kong skyline is unlike any other skyline I’ve seen; it’s like combining skylines from multiple U.S. cities, such as New York, Chicago, etc., into one tightly packed skyline. This massive skyline comprises of not just commercial high-rise office buildings, but also hotels and many residential towers. According to Cushman & Wakefield, since much of Hong Kong has very hilly terrain that cannot be developed on, Hong Kong has unique geographical constraints and, therefore, limited available land for development, so developers must build upward rather than outward to accommodate the large population. As a result, Hong Kong is one of the most densely populated areas in the world. This is quite a contrast to most areas in the U.S., where many people live in larger low-rise homes spread out in the suburbs, rather than live in smaller efficient spaces in high-rise residential towers within the city.

The Hong Kong International Terminal is a key container port operator in the Port of Hong Kong, one of the busiest ports in the world. The Port of Hong Kong serves the South-East and East Asian regions, and is also a key economic gateway to mainland China. Our tour guide for the city tour explained that Hong Kong used to be a manufacturing powerhouse years ago, but now China has taken over much of the manufacturing. As a result, the Hong Kong government assisted former manufacturing workers to get re-educated to work in service sectors, such as the hospitality industry. I learned from our Cushman & Wakefield visit that approximately 50% of the Hong Kong population is provided government-assisted housing, which seems high, but necessary given the relatively expensive cost of housing in Hong Kong. Furthermore, our tour guide explained that since most of the Hong Kong population is taken care of for jobs and housing, most people are generally content. Compared to the U.S., Hong Kong has less citizens to take care of, but we could learn from Hong Kong in terms of providing more career services and job-related skills training to unemployed and transitioning workers. For government housing assistance, although the U.S. offers Section 8 Housing and other types of subsidies, these services could be improved upon so more U.S. citizens in need of low-income housing could benefit.