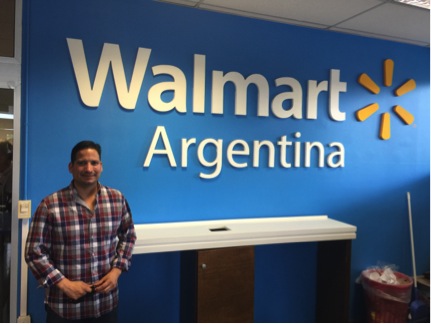 The International Strategy and Management study abroad program tremendously increased my knowledge of strategic planning, development of global analyses, and strategic problem solving. I found that the assigned readings and case studies chosen for the course were relevant and fit well into the class that was mainly focused on globalization. I particularly enjoyed the Cemex case, which provided an excellent example of strategic planning. It stressed the importance of communication, culture, and innovation in strategic planning. Because of its innovative integration process, the company successfully acquired other organizations. After acquisition, post merger integration (PMI) teams were formed to improve the efficiency of the new operation. Teams were made to help adapt the companies to Cemex’s standards and culture. The integration process involved 3 steps: harmonization of cultural beliefs, improvement of plant situation, and the sharing of basic management principles. The course also examined the case of Wal-Mart’s downfall in Germany. This case was extremely helpful in the development of my global analysis skills. Wal-Mart wanted to continue its globalization process with the entry into the European retail marketplace. Germany seemed like the perfect fit as they boast the largest retail economy within Europe. Wal-Mart failed to gain success in the German marketplace because it failed to do a thorough analysis of the marketplace. Wal-Mart instead chose to use the same strategy that worked so well in the United States. It missed that fact that other companies had failed because of tough Zoning laws, labor union issues, store hour restrictions, customer preferences, supplier issues, and fierce competition. This particular case was useful in assisting me with other coursework that involve globalization analysis. Lastly, I found that the Dell case increased my knowledge of the process of strategic problem solving. Dell changed the traditional distribution systems of the PC industry, which had been an indirect model, referred to as, “The Channel.” Dell operated as a pioneer in the “configure to order” approach in manufacturing, delivering individual PC configured to customers specifications. This strategic problems solving helped Dell get closer to its customers, created lower inventory, and allowed for just-in-time (JIT) manufacturing. In this case, I learned how strategic problem solving can make a company very successful. The International Strategy and Management study abroad program has had a life changing effect on me. A common theme that I gained from each of the guest speakers we encountered in Argentina was a willingness to take RISKS. I absolutely loved the story of Pablo Belocopitow, the CFO for Wal-Mart, Argentina. Pablo was working for a successful company in Argentina when he decided to take a risk that most people would never dare to take. He took a gigantic risk by leaving a great job and moving his family from Argentina to San Diego, California in the US to earn an MBA. He chose the University of San Diego as his learning institution. But Pablo didn’t stop there; he later accepted a job with Wal-Mart and moved to Bentonville, Arkansas. I admired his willing to push the limits of his confront zones. After a few years in Bentonville, Wal-Mart decided to send him to Japan. Once again, he moves his family to a very strange and foreign place. His continuous success with Wal-Mart was finally rewarded when they sent him back to Argentina to become the CFO of Wal-Mart Argentina. His story gave me inspiration to take risks in my own life. I decided to pursue my own dreams of working in the Human Resource field where I have always felt I would be at my best. I am currently on my second interview for an HR position with a technology company. Going to Argentina has given me the confidence to take risk and push the envelope of my comfort zone.